The media can’t seem to make its mind up about pregnant women who exercise and does seem to jump on the nearest band wagon. Here are two stories that I think are rather interesting.

There are recent claims that pregnant mums who exercise may be boosting their baby’s intelligence. The popularity of this story is slightly helped by this photo…and the one below. Awww! 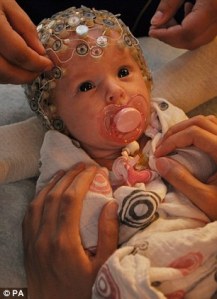 This study compared the effects of moderate exercise in the 1st 12 weeks of pregnancy, to no exercise. When the babies were 8-12 days old, their brain activity was measured.

Brain activity was measured using an EEG. The babies born to active mothers showed “heightened maturity” and increased activity in the regions of the brain responsible for memory, speech and language. 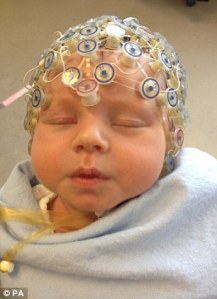 The research has yet to be peer reviewed, doesn’t mention how many women took part in the study, and it isn’t longitudinal so can’t tell us what effect this will have as they grow up, purely the effect it has at 8-12 days of age.

And then there’s this lady… 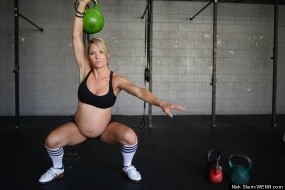 Don’t get me wrong, exercising during pregnancy IS GOOD FOR YOU! It can help you cope during labour and you can get back in shape after giving birth. But this comes with a few risks I would classify as unnecessary. 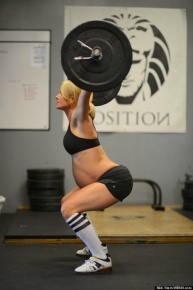 The thing that winds me up about this the most isn’t that she’s doing this 2 weeks before her due date, but her reasons for doing it…she trains to maintain her ‘HOT mom’ image. Nothing to do with her health, or the health of her unborn baby, but her looks. Good on her for doing it, good on her for being able to do it, but this is one case where I think the risks outweigh the benefits.